We had a great meeting in Berlin, the IETF crowd clearly likes to meet there! As our meeting ended, we had 1424 people participating on site and 337 people remotely. Out of the registered remote participants, 79 were from USA, 73 from India, 52 from Brazil, and 13 from Japan. 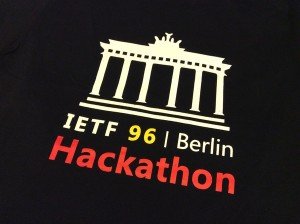 But while the numbers are interesting, what matters more is whether our gatherings have an impact on the real-life Internet out there. I certainly felt that the topics handled during the week were very significant for the Internet’s evolution. But more on that in a bit.

Not Just about the IETF

I also wanted to observe that the IETF meetings are not just about the IETF. We typically get many other meetings happening around the IETF time as well. This time we had for instance 6LO interop event with ETSI, an applied networking research workshop, an informal gathering of the operators in the IEPG meeting, interaction between the RIOT summit and our working groups, and many others.

And of course the IETF meeting itself is not just talk and specifications. We also love running code, for it is what actually makes the Internet tick

One of the ways that we can focus on running code is through the IETF Hackathon, which started with the main gathering on Saturday and Sunday, but for the first time ran through the week in the lounge and at the Bits-n-Bites event. The Hackathon had more participants than ever, 158. But again the numbers are not as interesting as what the people were doing. You could feel the buzz of excitement and ongoing hacking just by entering the room.

The winning project hacked FD.io to make it do identifier-locator based forwarding on IPv6. Another project interop tested 7 implementations of TLS1.3. This has a direct impact on how well our browsers work.

But back to our technical program during the main meeting week. With 128 different meetings, I cannot report on everything, but here are some highlights:

I would very much like to thank Juniper Networks for hosting this successful meeting in Berlin. Juniper is one of our IETF Global Hosts, companies who are committed to supporting several meetings across 10 years.

I was also happy to hear that the IETF Endowment received over 3 million dollars from our friends at AfriNIC, ARIN, RIPE NCC, and ISOC. This is a major show of support for the IETF mission, and much, much appreciated. Thank you all. 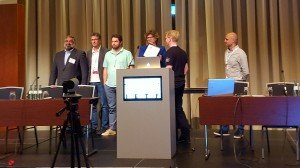 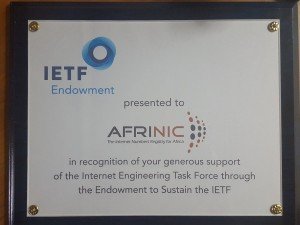 I should also note that it is important that we evolve the IETF funding model. We’re very meeting focused in our funding that with regards to meeting fees from the participants and sponsor support. Re-balancing that to both meetings and other IETF’s work is important. The IETF Endowment is one step in this direction. For your information, ISOC will be holding an information and discussion session on the endowment on September 9, 2016 at 1400 UTC.

Finally, what’s next? Back to work, of course, on the mailing lists, virtual meetings, and design teams. Our next physical meeting is in Seoul, South Korea.

A brief version of this article exists also as a video:

The author would like to acknowledge the help of Alia Atlas, Spencer Dawkins, Deborah Brungard, Stephen Farrell, Joe Hildebrand, Ari Keränen, Alissa Cooper, Suresh Krishnan, Ben Campbell and others in understanding what happened at IETF96 and writing this article