Kicking off IETF 96 in Berlin, Germany was the weekend’s IETF Hackathon. There is growing engagement between the Open Source communities and the IETF. The IETF Hackathon had more participants than ever and we experimented with having a place for it in the IETF Lounge all week. 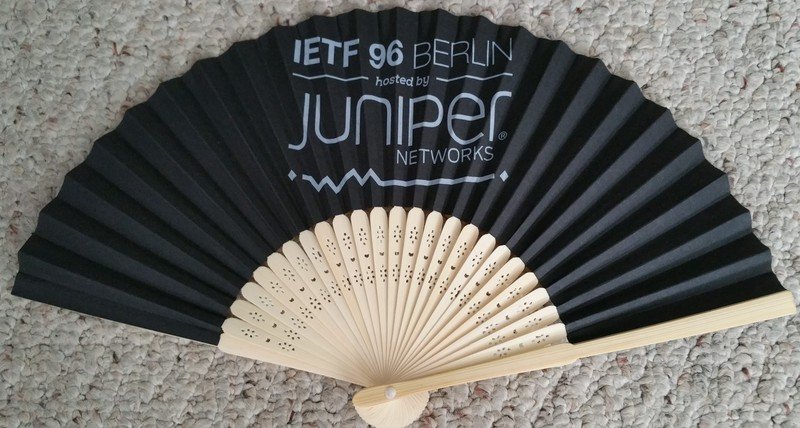 From the Routing Area, several projects were included: (1) ACTN (Abstraction and Control of Traffic Engineered Networks) from the TEAS Working Group, (2) PCECC (PCE as Central Controller) from the PCE Working Group, (3) I2RS RIB and L3 Topology Models from the I2RS Working Group, (4) BGP-Flowspec/BGP-LS support for Segment Routing, and (5) SFC (Service Function Chaining). The work was mostly based on using the ONOS platform. In addition, the Routing ADs held an informal Routing Open Source get-together during the week which was well attended resulting in plans for a wiki and mailing list. The mailing list is already kicked off: https://www.ietf.org/mailman/listinfo/rtg-open-source.

The work on YANG models in the Routing Area continues with much passion; the amount of detail and the fact that the models differ in the abstractions applied makes this a very time-consuming and challenging work. Of course, that’s just a sign that the benefit of having a lot of common configuration and operational data easily accessible across many vendors is high. The goal is to do it once so that operationally it doesn’t have to be done over and over and over and over again. With Benoit Claise, the Routing ADs are pushing to have a coherent set of routing YANG models done in the next year. This is based on dependencies between them, of course, and also implementations to make certain that they connect well. There have been some issues around how intended state is represented in models; expect a guiding statement on this topic soon.

LIME, in OPS, is working on a common YANG model that can apply to different OAM solutions. Concern about the number of different OAM solutions needed is behind efforts to drive common OAM protocol mechanisms as well. Between SFC standardizing NSH, BIER with its encapsulation, and NVO3 considering VXLAN-GPE, GUE, and GENEVE, it is clear that having some common OAM protocol mechanisms that can be used by all of these would be very helpful. Naturally, common OAM protocol mechanisms can exist when the different encapsulations or layers are not trying to specifically differentiate and provide unique value in that space; in these cases, the benefits are seen elsewhere than OAM but there is always a need for good OAM and thus an opportunity for reuse. Good OAM is critical for actually deploying and running the technology; cross-layer OAM can provide even better visibility into the network and the interactions.

In Dec 2015, an Overlay OAM design team had been chartered to look at what’s possible for defining OAM for the different encapsulations coming from the NVO3 (GUE, VXLAN-GPE, GENEVE), SFC (NSH) and BIER working groups. There are three basic aspects to be considered. First is providing guidance for how many bits to allocate in a header for OAM and how they should be used. Second is considering a common OAM format and data that can be reused by multiple encapsulations. Third is examining cross-layer correlations and facilitating trouble-shooting where the number and ordering of layers isn’t as fixed as traditionally assumed; layer-transcending traceroute is an example approach. At this IETF, the design team closed; it is clear that a wider and more open discussion is desirable. A wider discussion of future developments in OAM and telemetry is encouraged to happen on the now open mailing list (rtg-ooam-dt@ietf.org). Open questions exist around progressing pieces of this OAM work separately in different WGs with solid coordination or looking towards a BoF.

A few other highlights: